The exhibition aimed at presenting how monetary reforms affect the lives of ordinary citizens. Changing one form of cash, or even an entire currency, for another is always a major event. Changing this key factor of everyday life forces people to think again about the prices of the goods they buy and the value of their assets. The Bank of Finland was founded in 1811 specifically to oversee the changing of the currency used in Finland at that time, from Swedish riksdaler to Russian rouble. This seasonal exhibition at the Bank of Finland Museum tells the story of the monetary changes that have occurred since then, during the 200-year history of the Bank of Finland. 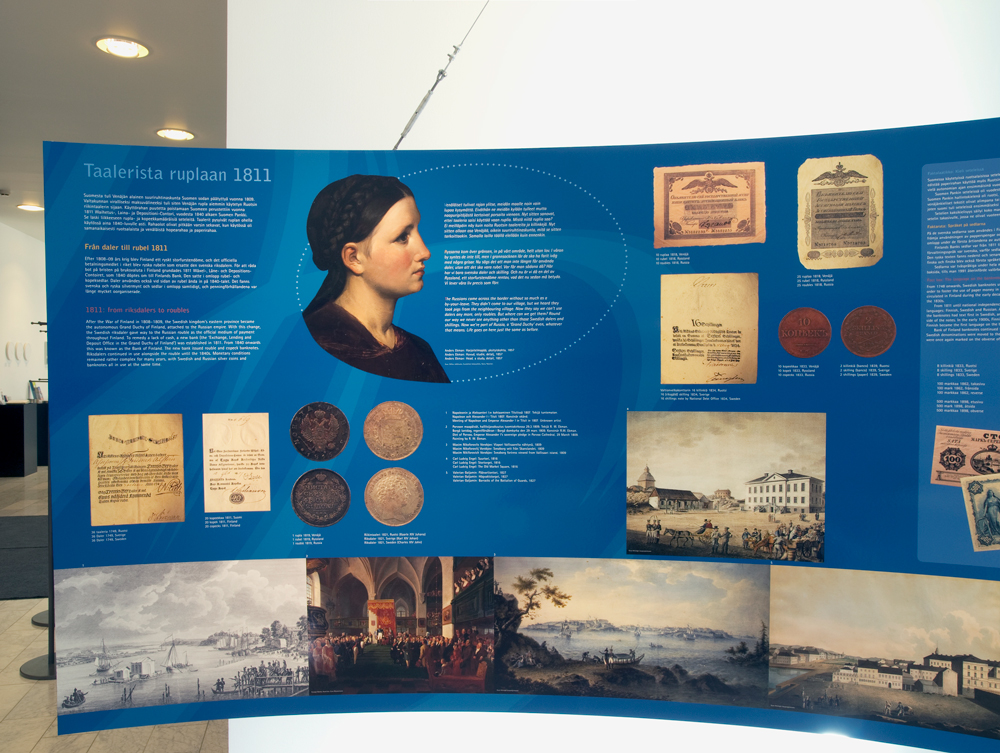