Euro – a window to cultural identity

The euro was launched on 1 January 1999 as scriptural money. Euro in cash form was introduced for the first time in 12 EU member states on 1 January 2002. The Museum’s seventh seasonal exhibition was about Euro and it's cultural identity.

Except for the printing code and serial number, euro banknotes are identical irrespective of the country in which they are produced or issued. The common side of euro coins is identical in all countries, whereas the obverse or the national side varies from country to country. The national sides show symbols or images that reflect the respective country's culture or what is unique for it. Therefore euro coins most effectively capture what the single currency is all about: in a multifaceted Europe the same currency can be used anywhere in the euro area, regardless of nationality, language or culture.

Cash money is an example of everyday art at its best. Banknotes represent the utmost in graphic design and graphic art, while coins are a prime example of sculpture. In coins in particular, the feel of the material is tangible. Indeed, the feel and unique characteristic of metal are highly prominent in this exhibition. Although in principle each denomination is a mixture of the same material, minted using the same mould, there are variations among the coins of different countries and between different mint batches. This can also be seen as an allegory of European diversity: coins are similar, yet different. 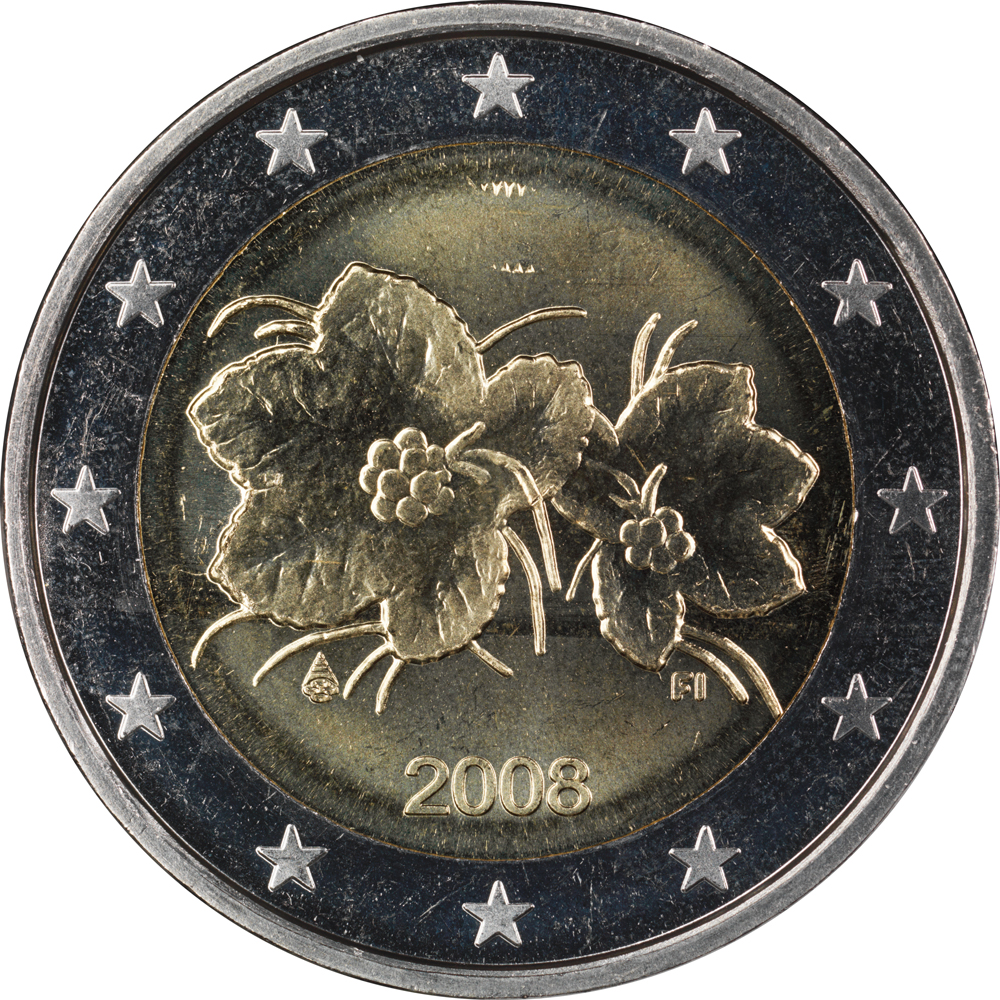 The front side of the Finnish 2€ coin. Photo: Jaakko Koskentola