The sketches were those submitted to the design competition launched by the European Monetary Institute (EMI), the predecessor of the European Central Bank. The competing sketch proposals on display at the Museum changed monthly, with eight series on display at a time. In September 2004, the display featured the Finnish competing entries by artists Erik Bruun, Daniel Bruun and Johanna Bruun. 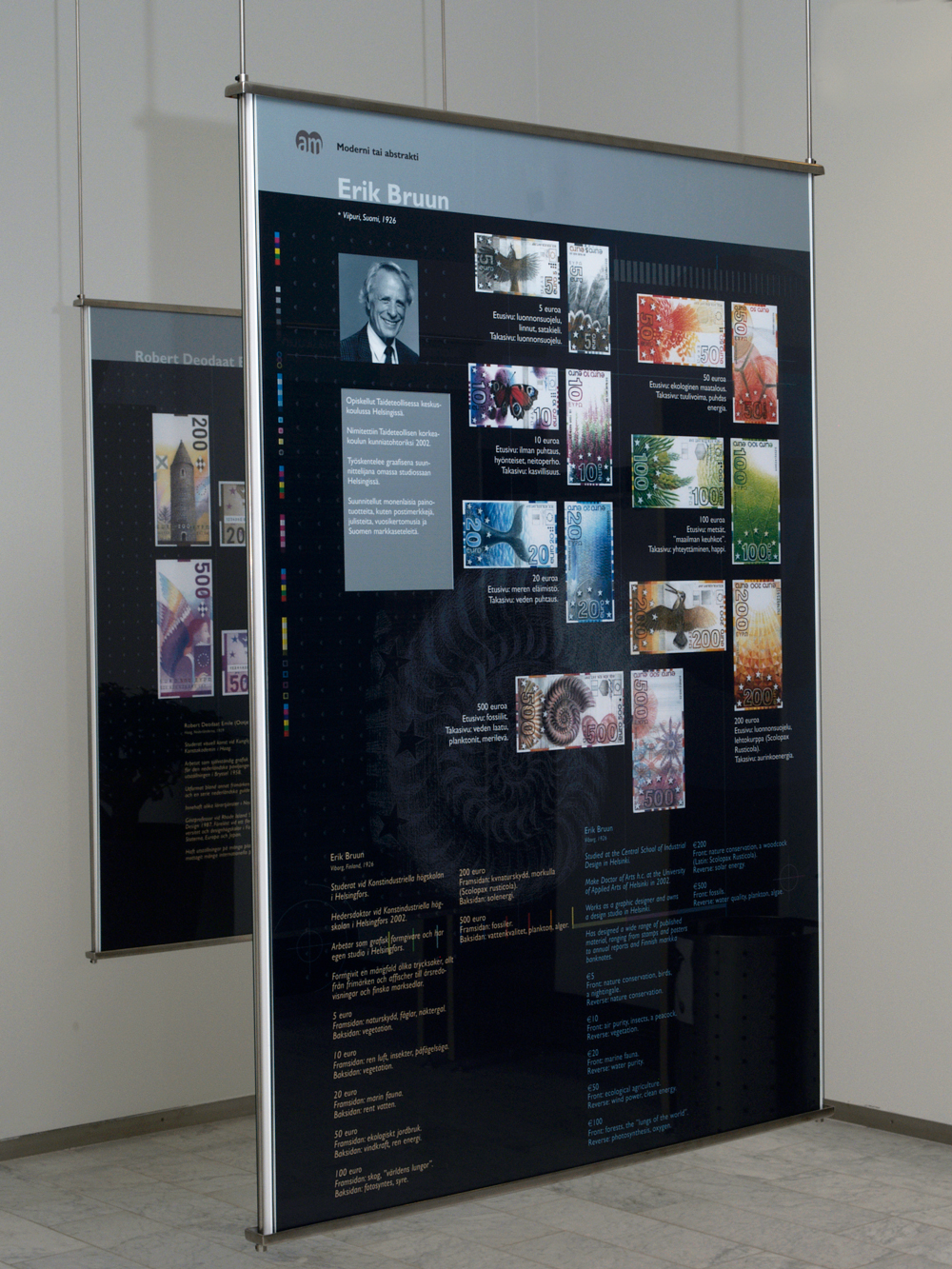