The Bank of Finland through cartoonists' eyes

The third seasonal exhibition highlighted how the Bank of Finland has been viewed by political cartoonists from early 1950s to the present day.

On display were samples of work by four of Finland's better-known and most productive cartoonists: Kari Suomalainen, Terho Ovaska, Henrik Karlsson and Kaarlo A. Rissanen.

Kari Suomalainen was in-house cartoonist for the national quality newspaper Helsingin Sanomat 1966–91 and Terho Ovaska succeeded him, 1991–2005. Henrik Karlsson's penmanship has been published in Helsingin Sanomat since 1986, while Kaarlo A. Rissanen has been creating drawings illustrating the machinations of the economy in the financial journal Kauppalehti since 1969. 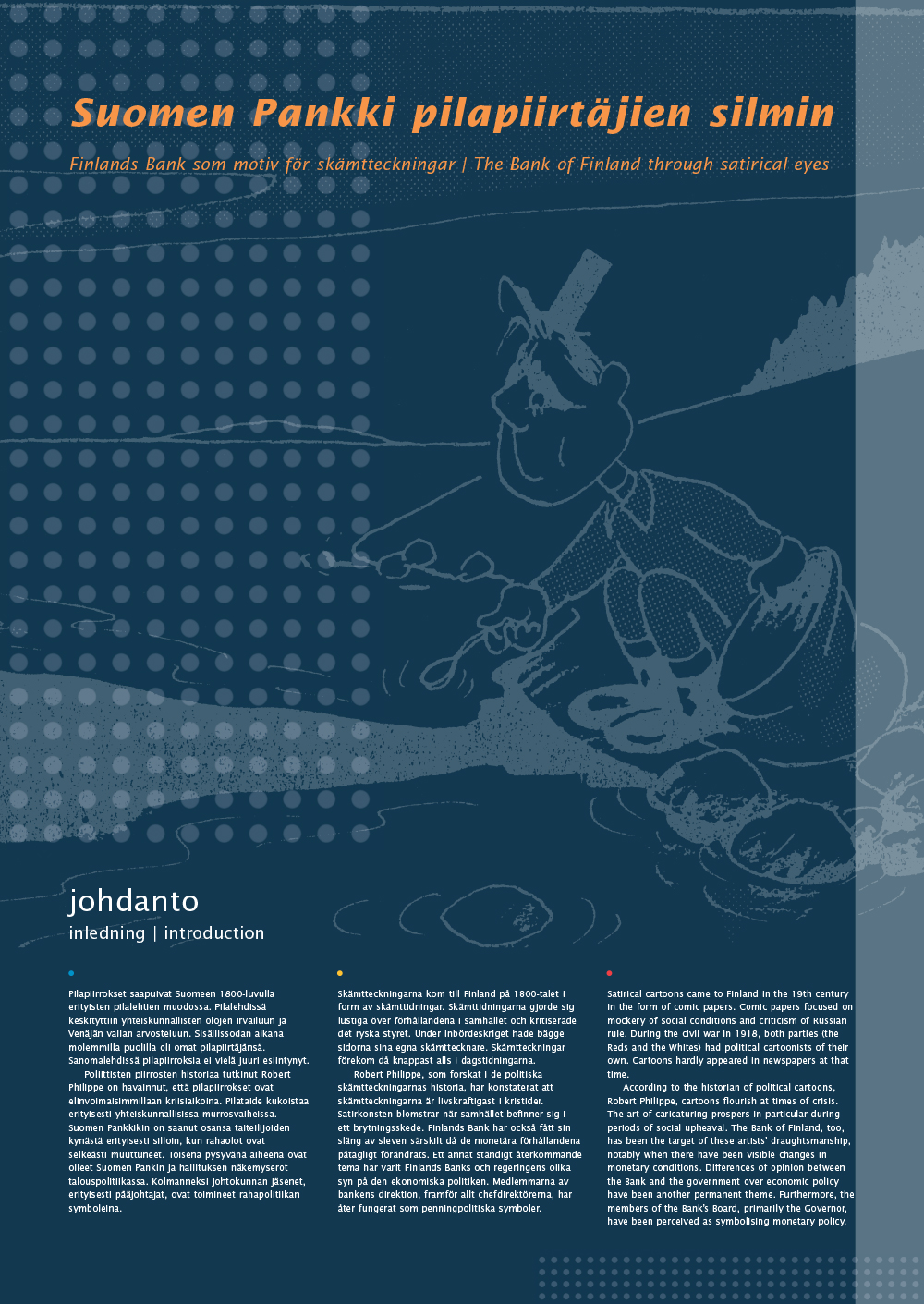